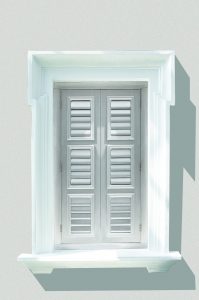 So many businesses (especially local ones) truly believe that “everyone” is who they’re selling to. That’s absurd. I am a female who has lived well over 40 years of her life without ever stepping into a Saks Fifth Avenue. Why? Because I don’t give a flying rodent’s posterior about fashion and I’m quite cheap. Therefore, I am not their target audience.

I have friends who are. There’s nothing wrong with any of us (at least that’s what they keep telling me), it’s just that our buying habits and preferences are different. I’ll spend hundreds of dollars on cool SciFi stuff or a ticket to Comic-Con in a second. I’m a member of that target audience and my friends are not (tasteless fools).

If you’re not sure who your target audience is, start with the groups of people you can obviously cut out. If I’m selling high heels I can safely eliminate men, children and women over 80. I can also remove certain geographical locations (farming and ranching communities, areas with excessive snow, unpaved roads, cobblestones, etc.). Are your shoes expensive enough that only those making big bucks can afford them? Do they pair with a certain type of fashion, or only popular in certain countries? The more questions you answer, the more you can drill down to find your people. And yes, there are always exceptions to every rule but better to spend advertising dollars where they’ll be most effective.

In the example above I eliminated men as a group to sell high heels to. However, here is where you can really target your audience. There are a group of men that DO need heels. Whether it’s for Halloween, stage costumes, cross dressers, or Yetis looking for footwear, this is how you identify your niche and target audience.

Knowing who you’re selling to means you know who you’re talking to. This makes all the difference when crafting your message and writing text for your site. If someone is speaking SciFi to me I’ll immediately respond. But if they’re trying to speak ‘geek’ as well as ‘cool’ to capture others, then I know they aren’t truly focused on me and I’m gone. Pick one and go with it. By watering down your message and trying to straddle that bar, you’re speaking to no one and no one will respond.

Don’t move into a space of fear where you think you’re losing potential clients by only targeting some. The truth is that these people weren’t ever your target audience anyway. You would have wasted time and resources trying to get their business when they have no interest in what you’re selling (me and Saks). Worse, you would have lost those that were interested because you didn’t speak directly to them.

ThinkGeek.com sells SciFi and other geek items. The descriptions of their items are hilarious and very targeted to their audience. Readers nod along in agreement because we ‘get’ what they’re saying. They speak Whovian and Klingon and aren’t writing product descriptions for children who like SpongeBob.

So whether you speak geek or fashion, speak it proud. The necessity of a target audience is to know WHO you’re talking to!