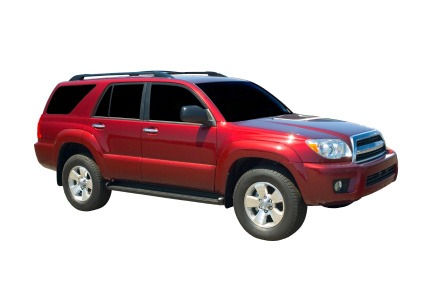 There’s a gal I know who has had several businesses in town. She is extremely hard working and motivated. If that alone could make a business float, she’d be doing just fine. The problem is, she’s offering items and services that people either don’t want or don’t want them in the location she’s offering. As such, she will never succeed.

Recently, she moved to a new location with a modified business plan. Unfortunately, it still won’t work. Modifying a plan that was never about the client to begin with is still a faulty plan.

It’s rather painful to watch. If she didn’t invest so much into the businesses I’d feel better about it, but she’s all in. I’m sure it’s never occurred to her to ask people what they want.

I’m truly shocked at how closed off entrepreneurs are to challenging or contradictory information. What that tells me is the ego is involved and the ego is never about anyone but you. How does that serve your potential customers and thus, build a successful business? Just because you work hard doesn’t mean you’ve got it right.

If someone asks me if I like burritos, the obvious answer is yes, (Mexican food is all kinds of awesome). If they ask me if I’d like chicken burritos in the strip mall by McDonald’s, then, no. The strip mall is a terrible location (yes, I know it’s hard to believe).

I don’t care that you got a great deal on rent or your best friends claim your burritos are to die for. Your issues are not my concern and if I’m paying to eat, I’ll choose a place I actually want to be, with food I want to eat. This is the reality of business; people don’t care about you, we care about ourselves. Did you ever think that perhaps having no customers isn’t because they don’t know about you, but because they don’t want what you’re selling? Ouch. That hurt Elliott.

Almost everyone who starts a business thinks they know what people want. This is extremely dangerous because it blocks us from receiving very helpful information often to the contrary. Think of all the time you’ll save discovering there’s no market for what you’re selling, sooner, rather than later. Or how an easy tweak turns everything around.

If someone is telling us more than just what we want to hear, that is extremely valuable information. It’s easier for people to say all the nice things, so those that don’t are actually like gold. Listen to them. No matter how hard it is to hear, you’ll learn something and are NOT being attacked personally. If you won’t hear differing opinions, how can you ever hear your clients who could be telling you how to make a million more this year?

Note: My ego has strangled me on many an occasion (heavy sigh). Watch your back. It’s sneaky.